College of Administration and Economics

The Department of Tourism Science organizes a scientific visit to the region of Akre and its surroundings:

The Department of Tourism Sciences at the University of Nawroz organized a scientific visit to his students to a number of archaeological sites and important historical landmarks in the city of (Akre) and its surroundings. The tour program began in its first visit to the sculptures of Khans, which is considered an archaeological museum, which includes the archeological works and projects carried out by the Assyrians such as the Malathaya and Sennacherib sculptures, where the work began in 703 BC. It was named "Sennacherib Canal", a project to irrigate agricultural lands in Nineveh by transferring water from the Khans region to the lands in Nineveh. 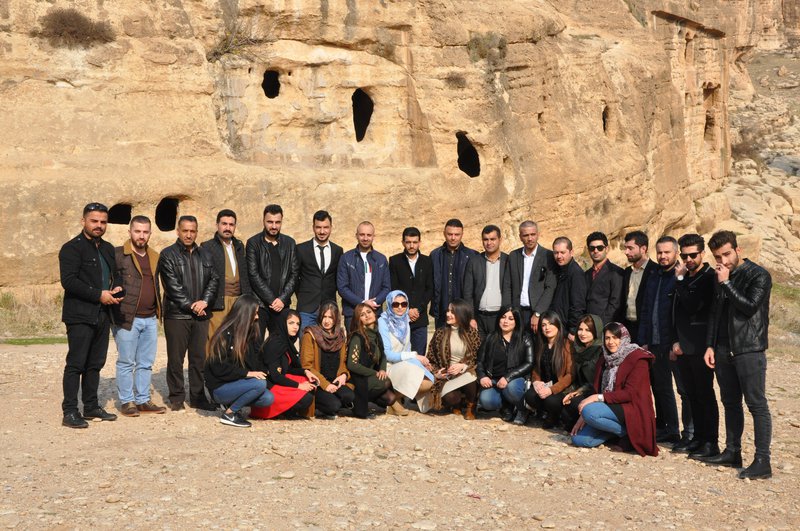 It was then visited the castle of Akre, which is located on a high mountain at an altitude of 450 meters from the surface of the earth, and the castle four columns, each of which is 110 meters, built by Prince (Zend) in 580 BC. M. The castle consists of several sections: the upper floor is dedicated to the establishment of the Prince, the middle floor is for living, and the meeting place is decorated circularly, with a flat rock at the bottom of the castle. This is in addition to a well and a room with an entrance that resembles a falcon called "prison" in addition to spacious rooms built according to geometric shapes. The castle is supplied with water from the springs of Razi Miri and Ain Pasha according to Archimedes' base. 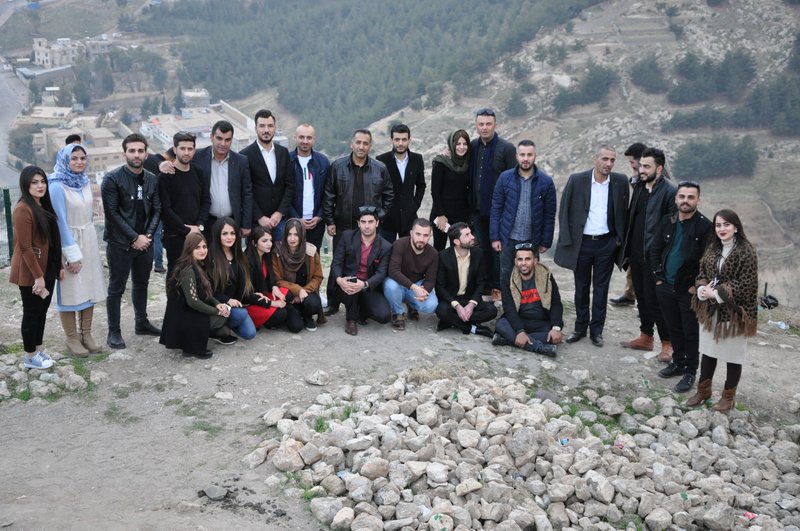 The tour was supervised by Prof. Dr. Ahmed Ali Hassan, a professor of tourism geography of Kurdistan, and Mr. Akram Saleh Yousef, the director of the Tourism Science Department. He gave a detailed explanation and gave a wealth of information about the archaeological sites mentioned, which undoubtedly form part of the memory. Living and contribute greatly to highlight the value of civilization and historical status that has been (Kurdistan) throughout the ages. This visit is part of the scientific activities of the Department of Tourism Sciences to introduce students to the history of Kurdistan and its history through the study of archeology and irrigation engineering at that time.