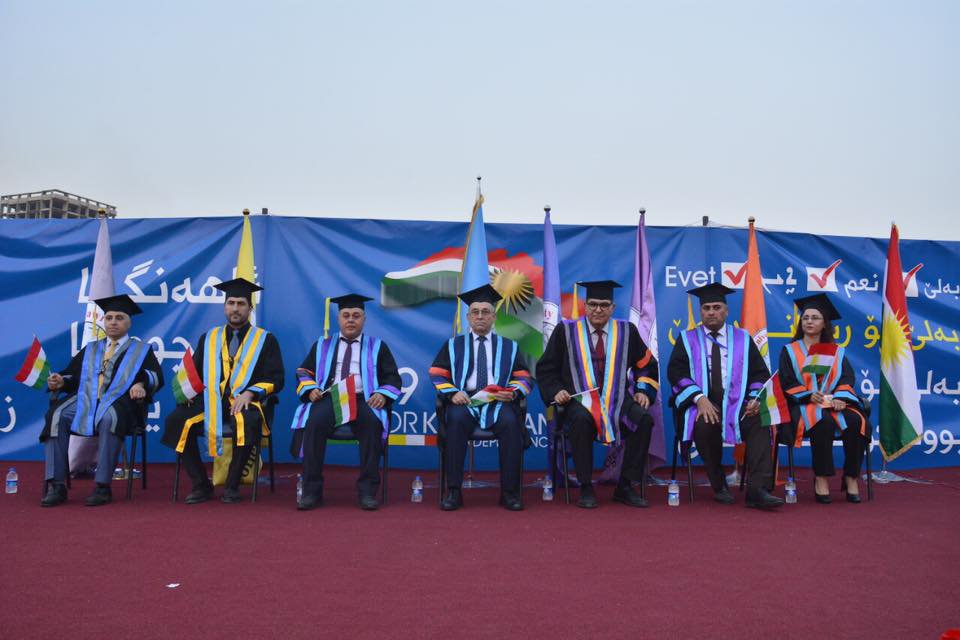 The graduation ceremony for the students was held under the slogan "Yes for Independence" on the 21/9/2017. The number of students who graduated (1300) participated in the ceremony and attended by a number of directors of government departments and a number of members of parliament,
It is worth mentioning that the President of the Parliament of Kurdistan Agency (Dr. Jafar Eimenki) participated in the party and gave a speech on the role of the University of Noruz in the process of independence
In the presence of a number of senior employees in Dohuk governorate, university presidents, members of parliament and parents of graduates, Nooroz University held the graduation ceremony for the 11th batch of graduates on September 21, 2017. The number of graduates for this batch reached 1300 graduates. Graduated.